Is it OK to Train with Food 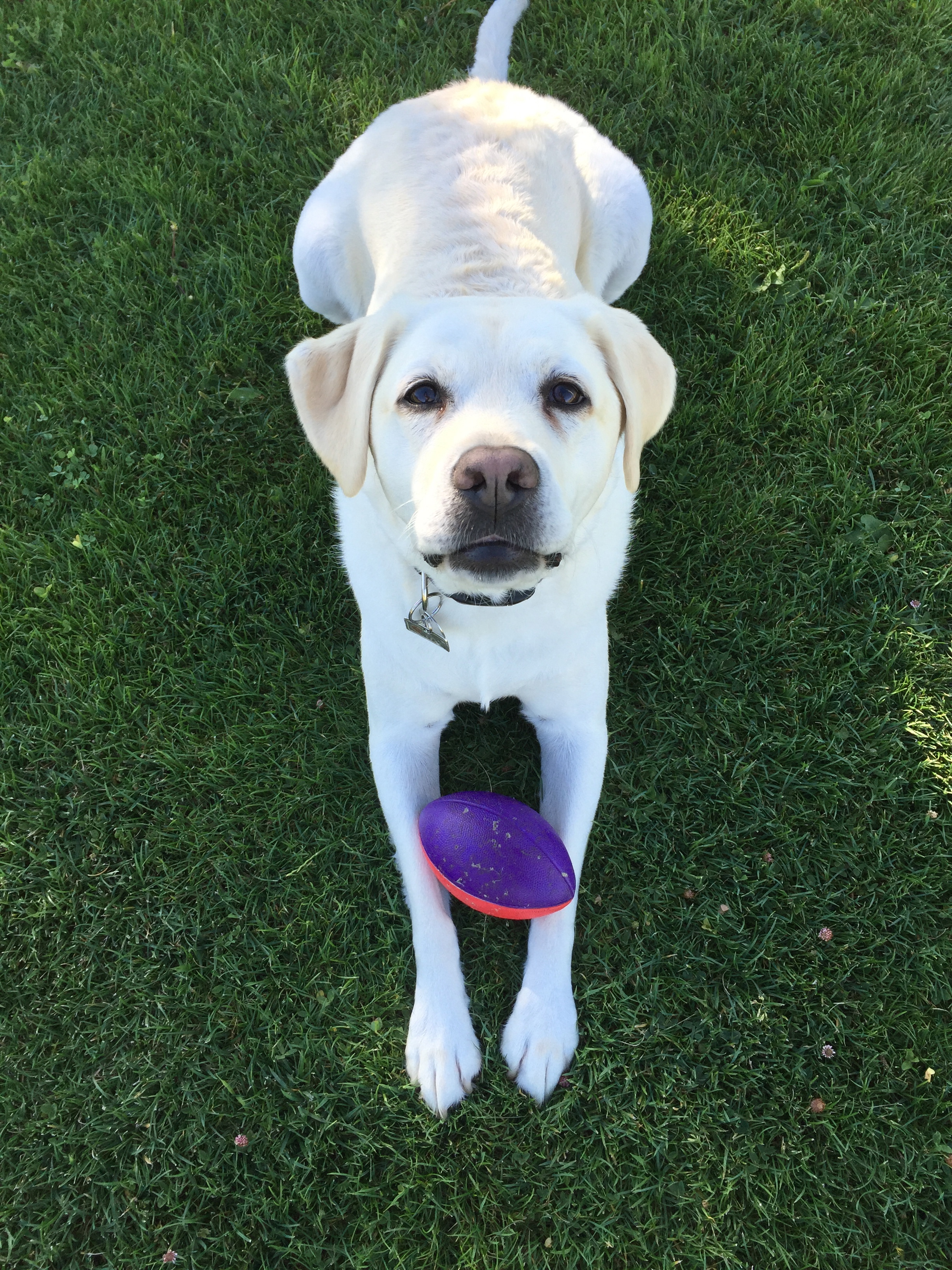 Well,  the Hooman found this very interesting as I guess it is a hot topic of debate amongst the pro's however as a dog I am here to tell you that YES food bribery is good! My Hooman will tell you the well I food it the great motivator for me and I am a great retriever of my football because of treats! I am a lean, mean retrieving machine thanks to food!

The content below is the real pro's weighing in.. What do you think?

This just might be the most debated topic among dog trainers. Even those who are positive-reinforcement or “force-free” trainers, will debate whether food should be used and, if so, to what extent.

And of course, those who do not use positive reinforcement have all sorts of reasons they believe you shouldn’t train your dog with food.

I am here to tell you IT’S OKAY TO TRAIN WITH FOOD!

And, I am not just going to tell you that, but I am going to show you why. Let’s start dispelling some of the common “excuses” people use to not train with food.

Let’s start this by giving you the definition of a “bribe”:

First off, we definitely don’t want to “corrupt” your dog’s behavior. In fact, we are doing the opposite by getting your dog to behave better. So the first definition doesn’t really work.

The second definition touches more on how people use the word vernacularly, which is “using something to get someone to do what you want.”

Okay, sure. I am promising my dog a reward to do something I want of him. But guess what, in correction training, you are using the threat of correction to get your dog to do what you want. You could consider that a bribe as well, then.

So I think we can agree that everyone is using a sort of “bribe” to get their dog to do something. Your paycheck is a bribe to get you to go to work. Why shouldn’t your dog be given a paycheck for working for you?

I don’t really see this as an argument, but it’s more of a fact and a neutral one at that, since all types of training uses some type of “bribe.” The bigger question is: would you rather bribe your dog with food or with the threat of correction? Which do you think your dog would rather work for?

He will get fat

This is a possibility, of course. if you are feeding your dog two or three full meals plus stuffing him during several training sessions a day. However, there are a few ways to avoid this, and they are quite simple:

I will always have to use food

This argument is usually given by people who know almost nothing about positive reinforcement based training, or they haven’t gotten far enough along in their training to learn this is not true.

If you are being trained by a good professional dog trainer, they should explain to you how you are going to fade both the clicker (or marker word) and the treat rewards as your dog gets the behavior. You will do things like varying the rewards (sometimes she gets a treat, sometimes just praise) and adding in new rewards like toys, petting, freedom – basically anything a dog likes as long as you are okay with it (a trainer friend of mine was letting a dog lick her as her reward. The dog loved to lick and would do almost anything to be allowed to do it).

If this was belief was true, no positive reinforcement trainer would ever be able to compete in performance events, which they do every day, because you cannot have food on you in the ring.

I have never heard of a dog who never stopped using treats…UNLESS the owner did not have the knowledge to know how to fade them out. OR, in one case, the owner told me they didn’t want to stop using treats as rewards because “it worked.”

Well, that’s okay too. But if this is the reason you haven’t used food, don’t let it be the reason any more. It’s just not true.

So Why Start With Food Then?

IF you are going to fade it, then why even use it? Because, for most dogs it’s the fastest way to train. I said most, because there are dogs that are not food motivated, but for most dogs food’s the top of the “I want list.”

I know what you are thinking, I am just saying that because I am a positive reinforcement trainer. Well, what if I told you some researchers in Japan found this exact theory to be true when they tested it?

In an article published in the Journal of Veterinary Behavior, the research of Megumi Fukuzawa and Naomi Hayashi from the Department of Animal Resource and Sciences of the College of Bioresource Sciences at Nihon University in Japan proved what positive-reinforcement trainers have known all along.

In the experiment, fifteen dogs were put into 3 different reward groups – food, stroking and praise – and then trained to do the same behavior (a sit-stay and then a recall). To measure training effectiveness, dogs were trained in sets of 10 – in order to move on the next stage of the behavior, the dog had to hold the sit-stay correctly ten times in a row.

They found that, for the sit-stay training, the type of reward had a huge effect on how fast the dog learned the behavior.

This a HUGE difference to a dog owner! Think about how many times you would have to repeat the behavior with petting or praise as the only reward, versus food.

Then, the researchers taught a recall. With the recall, they found some even better insights. At first, when the owners were closer and at the beginning of training, the food rewarded dogs did learn quicker. However, as the behavior progressed, the difference between the three groups diminished (proof that you can and should fade your food rewards as your dog learns the behavior!).

Another interesting outcome was speed of response to the recall. Dogs who had been receiving food rewards took, on average half the time to finish the recall than the dogs receiving other forms of rewards.

While this was a small study done, it does got a long way to support what many dog trainers have been trying to tell their clients for years:

Not only is it OKAY to train with food, it will cut down your training time and make your dog respond quicker! So break out those treats and train with the satisfaction of knowing you are going to reach your training goals quicker, have a dog that responds quicker and enjoys training.

Written by Kristina Lotz From I heart dogs.